Within the basic design package application, the model is used in conjunction with initial conditions and model parameters that have been estimated from catchment descriptors. These descriptors describing the physical attributes of the catchment such as area, soil properties, general wetness and degree of urbanisation application.

The rainfall inputs are derived using a FEH depth-duration-frequency rainfall model. It is strongly recommended that ReFH2 is used with FEH13 DDF model which is the latest and most up-to-date model. This model estimates the rainfall depth corresponding to the required frequency (for example the 1:100 year return period event) for the given recommended duration for a catchment. For legacy applications ReFH2 can be used with the original FEH99 DDF model.

ReFH2 translates this depth to both summer and winter hyetographs using the procedures described in this section. The application of the catchment design package is summarised as a flow diagram in Figure 5 with each step discussed in the following sections. 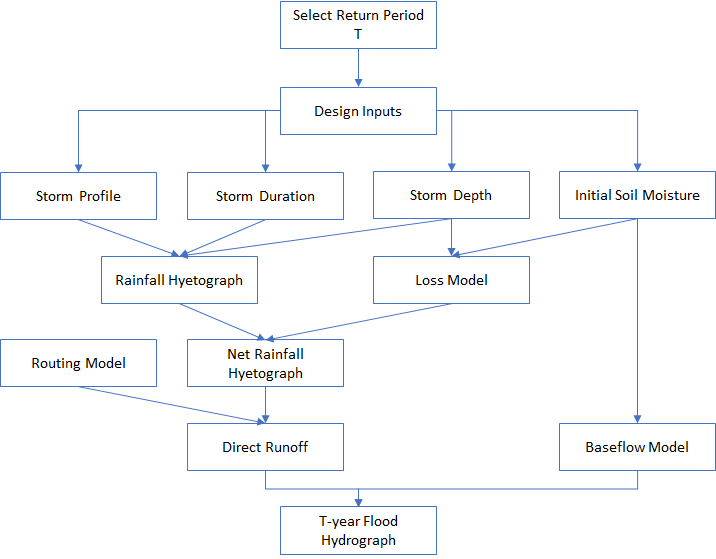 Figure 5. Steps in the calculation of the T-year design flood event. (Replicated from Figure 4.2 of the FEH Supplementary Report No1, Kjeldsen, 2007).

Both the FEH13 and FEH99 ReFH2 design packages were developed such that the rainfall depth for a given frequency will yield an event hydrograph for which the peak flow has the same frequency. Thus, a flood frequency curve can be constructed by estimating the peak flow corresponding to rainfall events covering a range of frequencies.

The FEH13 design package estimates of peak flow are independent of the FEH statistical methods (whereas the FEH99 estimates are not). Furthermore, the performance of the method across many catchments and over a range of frequencies has been shown to be comparable to the FEH pooled statistical methods delivered through the WINFAP 4 software. This is an attractive facet of the FEH13 design package, as most FEH applications tend to be in ungauged catchments. In these catchments as there are no observed flow records the opportunity to use and compare two independent, and comparable estimation procedures is very useful tool for design.

The development of the FEH13 design packages and the legacy FEH99 design package are described within the following supporting ReFH2 Science Reports:

ReFH2 Science Report: Evaluation of the Rural Design Event Model^{R3} evaluates the performance of the ReFH2 design packages across the catchments in NRFA Peak Flows dataset and compares this performance with that of the FEH statistical methods.

The steps in estimating the storm hyetograph

The following sections describes the estimation of the storm hyetograph corresponding to a required frequency and a recommended storm duration. The purpose of these sections are to enable the reader to understand how the hyetographs are constructed and therefore is a summary of the methods which are described in detail in the underpinning literature base. This literature is referenced for further reading. The recommended starting point for accessing the literature base is Section 4.3 of the FEH Supplementary Report No1 (Kjeldsen, 2007) noting that section 4.3.1 which describes the FEH99 DDF model has been made largely obsolete in the context of ReFH by the release of the FEH13. Faulkner (1999), FEH Volume 2 has a useful exploration of the seasonal storm profiles used within ReFH. Although written 20 years ago there has been little work on storm profiles since.